The rut gets a ton of publicity in the deer hunting community and deservedly so. It’s the one time of year that mature bucks throw caution to the wind at times and focus on breeding rather than survival. Because of this, you simply never know what could happen and want to spend as much time in the woods as possible. But, the rut is a marathon, even though some hunters treat it like a sprint. There are different stages of the rut, and sometimes what gets the least publicity and what gets hunted the least is the late rut, or what some consider as the post rut. And often times, when hunting mature bucks specifically, it can actually be better than the prime rut.

The Different Stages of The Rut

Before the rut gets going for real, there is the pre-rut in the Midwest, usually taking place around the last week of October. This is when the first does are starting to pop into estrus and younger bucks especially are ready to breed, though most does aren’t. There’s usually an uptick in deer movement, but a lot of the mature bucks know it’s not exactly time to ramp things up quite yet. And then the first two-three weeks primarily of November is considered the peak rut or prime rut. Most does are coming into estrus, and bucks are breeding. Somewhere along those lines, bucks will be pinned down with does for a day or two at a time while they breed them. As the rut wears on though, younger bucks will become worn down, and deer movement overall will seem to be less and less. But if you’re after mature bucks though, and still have a tag in your pocket come the last week of November or first week of December, you’ve still got a great chance to fill a tag and here’s why. 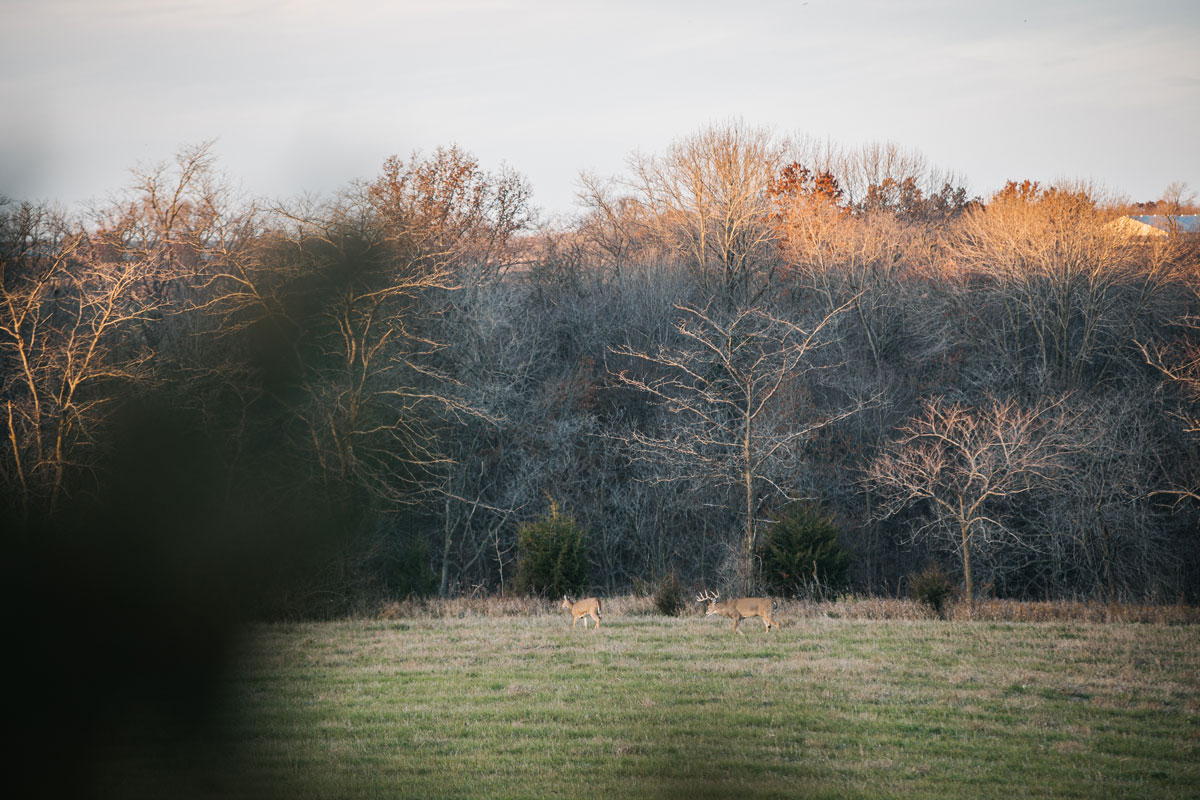 Once you get to the end of November/very beginning of December, by then most younger bucks have done their breeding and are worn down, because most of them got ahead of themselves and started chasing does before does were actually ready to breed. Mature bucks though will usually breed as long as does are receptive, and most likely didn’t start chasing hard and partaking in the rut until a week or so after the younger bucks. This allows mature bucks to keep things going longer and once we get to the very end of November or first part of December, there aren’t going to be as many does left in estrus to breed. This in turn means mature bucks will move far and wide to find those last does to breed and it can mean they will be particularly at risk to get shot. Does in estrus simply aren’t as easy to find, so this is the time of year you will see mature bucks travel the furthest away from their core area to find a doe to breed. That means even if you haven’t been seeing mature bucks during the main rut, if you have does around, a mature buck could show up seemingly out of nowhere.

In combination with mature bucks seeking out those last does in estrus during the late rut, hunter pressure has probably seen a major decline as well. If you have any areas that haven’t been disturbed by many hunters throughout the rut, these types of spots can often times become a gold mine in the late rut. With far less hunters being in the field this time of year, it can also become easier to find new spots through in-season scouting as well.

Where To Hunt The Late Rut

During the late rut, some of the best spots are those overlooked areas and pockets of thick cover that went un-hunted throughout the earlier portions of the rut. Sometimes it can be those spots that hardly look like anything. A small pocket of timber in a big CRP field, or a thick chunk of timber near a food source right off the road that people overlooked. The late rut comes down to a few different things. You need to be where does are, near some type of good cover and in travel areas between spots like this. Like I mentioned earlier, if a mature buck hasn’t found his late doe, he will sooner or later and will keep traveling until he does. So, you need to either be where those does are, or where the buck is going to travel to find them. And it’s up to you to find those types of spots.

When it comes to hunting the late rut, you’ve got to be patient and don’t give up. It’s not uncommon for me to sit this time of year, and go a few days hardly seeing anything, and then all of a sudden having an explosion of activity. You can be having a terrible rut, but all of that can change in the matter of seconds. As the late rut continues to dwindle, the mature bucks know their chance to breed is going to be over for another year. Capitalize on this, and you may just be able to have a run in with one of those bucks!